“And don’t forget… I’m also just a girl, standing in front of a boy, asking him to love her.” Notting Hill

Stepping down from my “education in Ontario is a mess” ranting soapbox for this post to acknowledge something that changed my life completely 34 years ago today.

We’d met that summer but I was on my way back to university. In November, I left university and headed back to Calgary. One of my first stops was the firm where I’d worked that summer, hoping to get work. Well, that and a certain young man had transferred back to the Calgary office of that same firm after working in Banff.

On my way in, I picked up a hand-made coffee mug as a gift for that certain young man, not knowing that he was not a coffee drinker. I was unsuccessful finding work again with that firm and Tim was out at a meeting. I left the mug on his desk with a note and left the office.

What a funny date it was. Neither of us had a car, so we walked to the movie – it was a very long walk but even then, we were both careful with money. We saw the movie Arthur. We laughed. I think he might have even held my hand. On our walk home, we cut through a school yard and we climbed a tree. As we sat in the tree, Tim told me a few things about himself: he was going to get married at 26 (he was 22 at the time), buy a house two years later, and he had no plans to have children. He had it all figured out.

I had plans for two days ahead – watching old movies with my mom.

Yet somehow we’ve done it. We’re here. We’re together.

We might just go climb a tree on Friday. He’ll hold the ladder. I’ll give him a hand up. 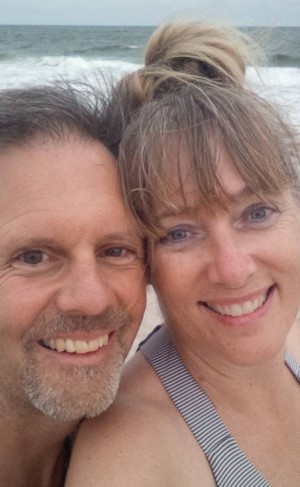 One thought on “Just a girl…”

© Paula Turner and pturnermoments, 2011-2020. Unauthorized use and/or duplication of this material without express and written permission from this blog’s author and/or owner is strictly prohibited. Excerpts and links may be used, provided that full and clear credit is given to Paula Turner and pturnermoments with appropriate and specific direction to the original content.